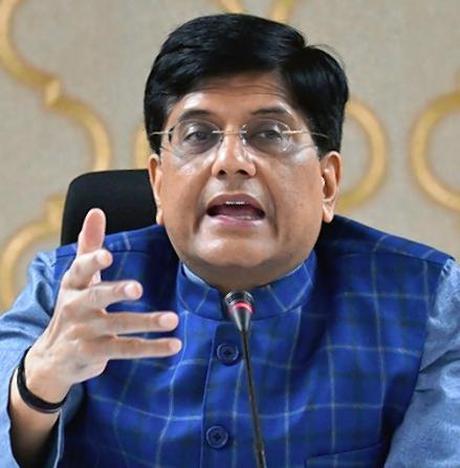 In continuation of Finance Minister Nirmala Sitharaman’s announcements on Saturday to revive the export sector, Commerce Minister Piyush Goyal launched the common digital platform for the issuance of certificates of origin and a steel import monitoring system (SIMS).

Mr. Goyal also provided more details about the enhanced export credit insurance scheme for banks that lend working capital to exporters. Regarding the SIMS, Mr. Goyal sought to allay concerns that this would be a licensing system, adding it was merely a tool to capture information about steel imports.

“The new export credit insurance scheme will be called ‘Nirvik,” Mr. Goyal told the media. “At the moment, the Export Credit Guarantee Corporation (ECGC) gives a cover of 60% of the loss to banks. The new scheme will give 90% coverage of the principal and interest of the loan for pre- and post-shipment credit, and half of this will be provided in 30 days.”

He said claim inspection would be waived for up to ₹10 crore. For claims higher than this amount, inspection of bank documents and records by ECGC officials will be mandatory. The previous limit for document inspection was ₹1 crore.

Mr. Goyal added that the existing premium rate would be lowered, and loans categorised into two broad categories of those below ₹80 crore and those above that amount. Loans above ₹80 crore will be further divided into those that are not for gold, jewellery or diamonds, and those that are.

“The benefit to banks from this increased cover is that this is in effect a credit enhancement scheme,” Mr. Goyal said. “The rating for the bank loans to exporters becomes AA due to this enhanced insurance cover.”

Mr. Goyal added the public sector banks had agreed to give the ECGC-covered loans at a rate that is a maximum of 2.2% higher than the prevailing repo rate, and this would be adjusted as the repo rate changes.

“As you know, for exports to countries with which India has free trade agreements (FTA), exporters have to show a certificate that the consignment originated in India,” Alok Chaturvedi, the Director General of Foreign Trade, added. “With the launch of the common digital platform for the issuance of certificates of origin, now, these certificates can be obtained online and all the issuing authorities will be on the same portal.”

Mr. Chaturvedi said India was speaking to its trading partners and the countries it had FTAs with to ensure they accepted the digital certificates.

“I want to assure the export community that the SIMS is not a licensing mechanism, and that nobody will be stopped from importing.”

The mechanism, through which importers of steel will have to register their import between 60 days and 15 days before it arrives in the country, is only meant to collect information about the steel imports in the country.