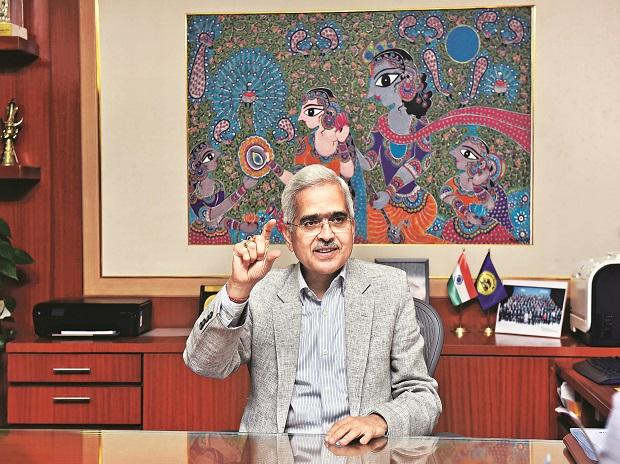 The Reserve Bank of India is set to deliver its sixth straight interest-rate cut Thursday, shrugging off a spike in inflation as it stays doggedly focused on supporting economic growth.

While all 34 economists surveyed by Bloomberg News as of Wednesday expect a reduction, the majority expect a quarter-point cut, with the rest expecting reductions of 15 basis points to 50 basis points. The RBI has cut borrowing costs by 135 basis points so far in 2019 to a nine-year low of 5.15%.

The meeting of the six-member Monetary Policy Committee led by Governor Shaktikanta Das, who completes one year in office next week, comes amid deepening concerns about growth, financial stability and weak public finances.

The policy decision will be announced at 11:45 a.m. in Mumbai, followed by a press conference 15 minutes later by Das. Here’s a look at what else to watch out for:

“With no imminent signs of a turnaround, we expect the RBI to cut rates by 25 basis points at its December meeting,” said Teresa John, an economist at Nirmal Bang Equities Pvt. in Mumbai. The July-September period saw economic slack deepen, with manufacturing contracting. A purchasing managers survey indicated that activity in the dominant services industry slowed during that period. With surveys for both manufacturing and services in November pointing to a rebound, it’s worth watching if and by how much the RBI will further lower its growth forecast.

The MPC meets at a time when headline inflation has popped above the RBI’s 4% medium-term target for the first time in more than a year. The acceleration is driven by a spike in food prices, although underlying price pressures -- which strips out volatile food and fuel prices -- are benign.

The rate-setting panel is likely to latch on to the subdued core inflation to vote for a rate cut and keep the outlook accommodative. Nevertheless, the central bank may revise upwards its inflation forecast for the fiscal year to March, indicating that room for further easing is closing.

The headline inflation forecasts are likely to stay within the RBI’s wider band of 2%-6%.

“The December policy will, in some sense, test the ‘flexible’ portion of the flexible inflation-targeting framework,” said Suvodeep Rakshit, senior economist at Kotak

Institutional Equities in Mumbai. “Given the transient nature of food prices, and the sustained decline in core inflation, the MPC will likely continue to focus on the output gap and growth outlook.”

While the RBI has delivered 135 basis points of interest-rate easing this year, lenders have only transmitted a fraction of that to borrowers. As such, the spread between the central bank’s key policy rate and the weighted average lending rate on outstanding loans from commercial banks is the highest in data going back to February 2012.

Demand for loans has slowed and that reflects tight domestic credit conditions amid what Sonal Varma, chief economist for India and Asia, ex-Japan, at Nomura Holdings Inc., describes as a “triple balance sheet impairment of corporates, banks and shadow banks.”

Companies are using money to repay loans instead of investing, banks are exercising caution in lending, fearing a bad loan pile up, while the shadow banking sector is grappling with a crisis that has seen defaults rise.

“We expect incrementally the focus to now shift to government measures on specific sectors and to revitalize the financial sector,” Varma said.