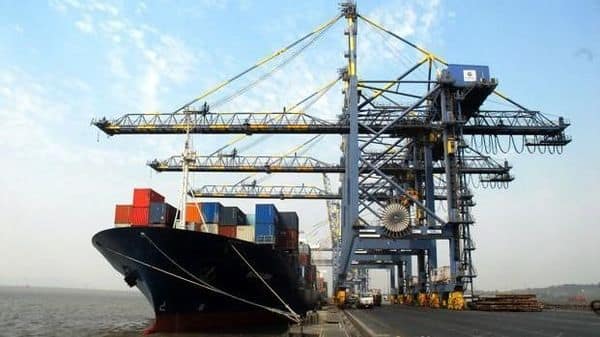 India’s merchandise exports fell for the sixth consecutive month in January while the trade deficit rose to a seven-month high amid rising fears that the novel coronavirus contagion may further dent India’s trade and economy.

The country’s exports fell by 1.7% in January, while imports fell by 0.75%, leading to a trade deficit of $15 billion, according to commerce ministry figures released on Friday. Imports fell for eight months in a row.

According to experts, the prolonged coronavirus contagion in China could hit India’s trade and economy, which has become highly dependent on its northern neighbour with exponential expansion of trade linkages since 2002-03.

Last October, the World Trade Organization (WTO) downgraded its world merchandise trade volumes growth for 2020 from 3% to 2.7%. It also cautioned that the downside risks remain high, and that the an upward revision will depend upon revival of more normal trade relations.

Aditi Nayar, principal economist at Icra Ltd, said the increase in the January merchandise trade deficit has primarily been led by a sharp rise in crude oil imports (15.3%), which will subside in February because of the correction in crude oil prices.

“The impact and duration of the Coronavirus threat on manufacturing supply chains, tourism and trade, poses a risk to the level of exports and imports of goods and services in the ongoing quarter. Regardless, the decline in commodity prices will cushion the impact on the current account deficit, which is now expected to print around 1% of GDP (gross domestic product) in FY20," she added.

During the first 10 months of the current fiscal year (April-January), exports have contracted 1.9%, while imports shrank 8.1%, leading to a trade deficit of $133.3 billion.

A weakening external sector will put additional pressure on India’s fledgling economic growth, which is estimated to decelerate to an 11-year low of 5% in 2019-20.

Out of the 30 major items each in India’s export and import baskets, 21 export items and 17 imported goods witnessed contraction.

While exports of ready-made garment fell by 5%, gems and jewellery dropped by 11.6% and engineering goods lost 4% during the month. However exports of pharmaceuticals (12.4%), electronics goods (32.8%), petroleum products (3%) and chemicals (2.5%) made a recovery.

Among major imports, coal fell by 24.4%, chemicals by 12%, gold 31.5% and electronics goods shrank by 4.7%. However, signalling a recovery in domestic industrial activity, imports of machinery (4%) and transport equipment (2%) rose.

“Domestic issues, including uncertainty over the government’s Merchandise Exports from India Scheme, has been a major cause for concern as exporters’ claims for about six months are still pending. This has wiped out their liquidity, and has restricted them from finalising new contracts. The problem of risky exporters has further compounded the liquidity problem as their GST (goods and services tax) and drawback claims have also been held up," added Saraf.